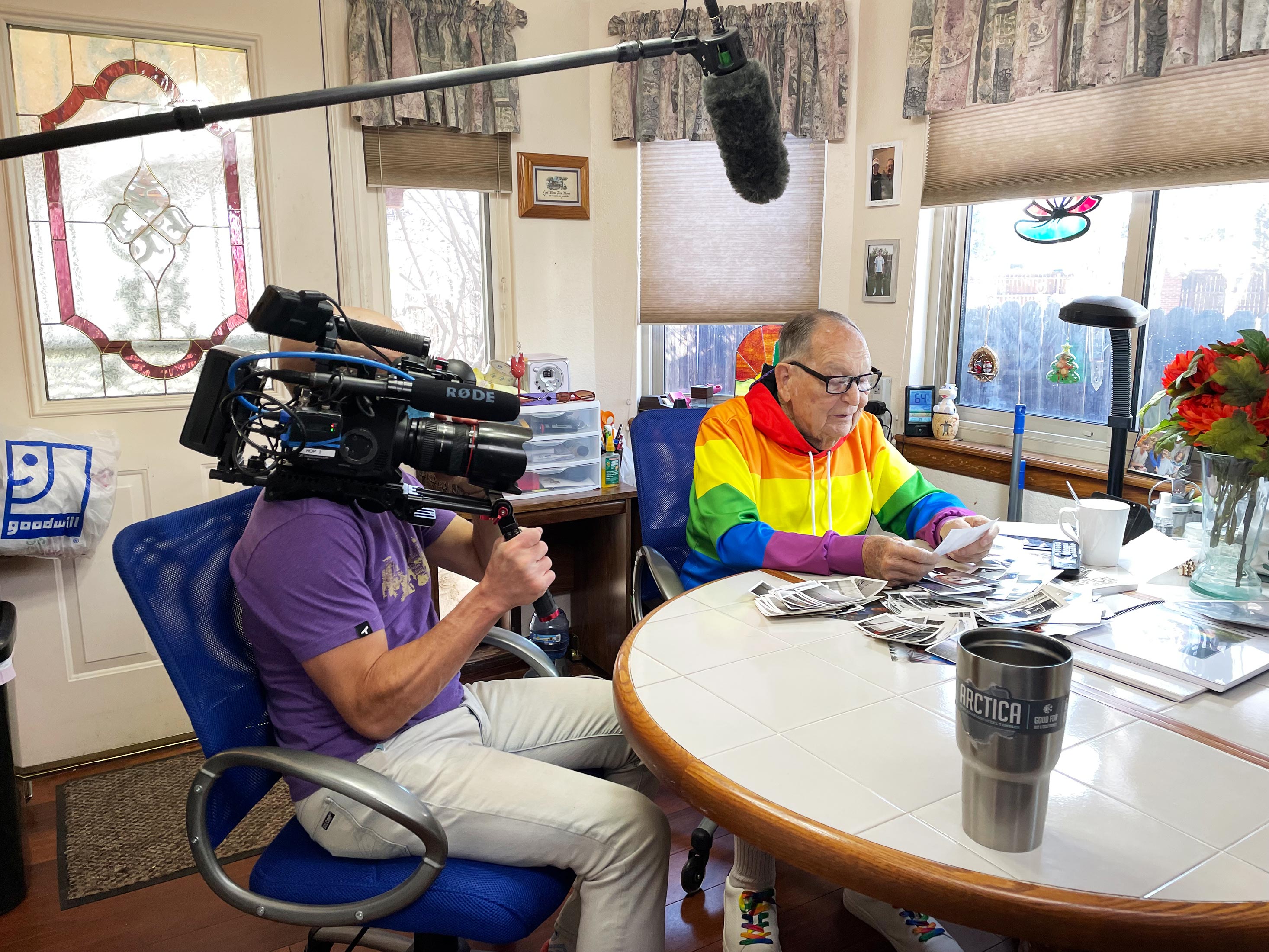 Last week I had the opportunity to work again with my friends at AARP Studios. I first worked with them in 2015 for a really fun story about women over 50 who skateboard. This time the story was about a gay man who decided to come out at the age of 91. In the photo above (courtesy of field producer Lindsay Pierce Martin) I am filming the subject go through old photos, including some of a secret romance with a male partner from in 1950s. He had broken up with him after a couple of years, unable to live with the guilt that he was doing something mainstream society condemned. He lost touch with that man but never stopped loving him and to this day breaking up with him is his biggest life regret.

But since coming out he has found a new love and is enjoying finally being able to live as his true self.

Bookends to a School Year