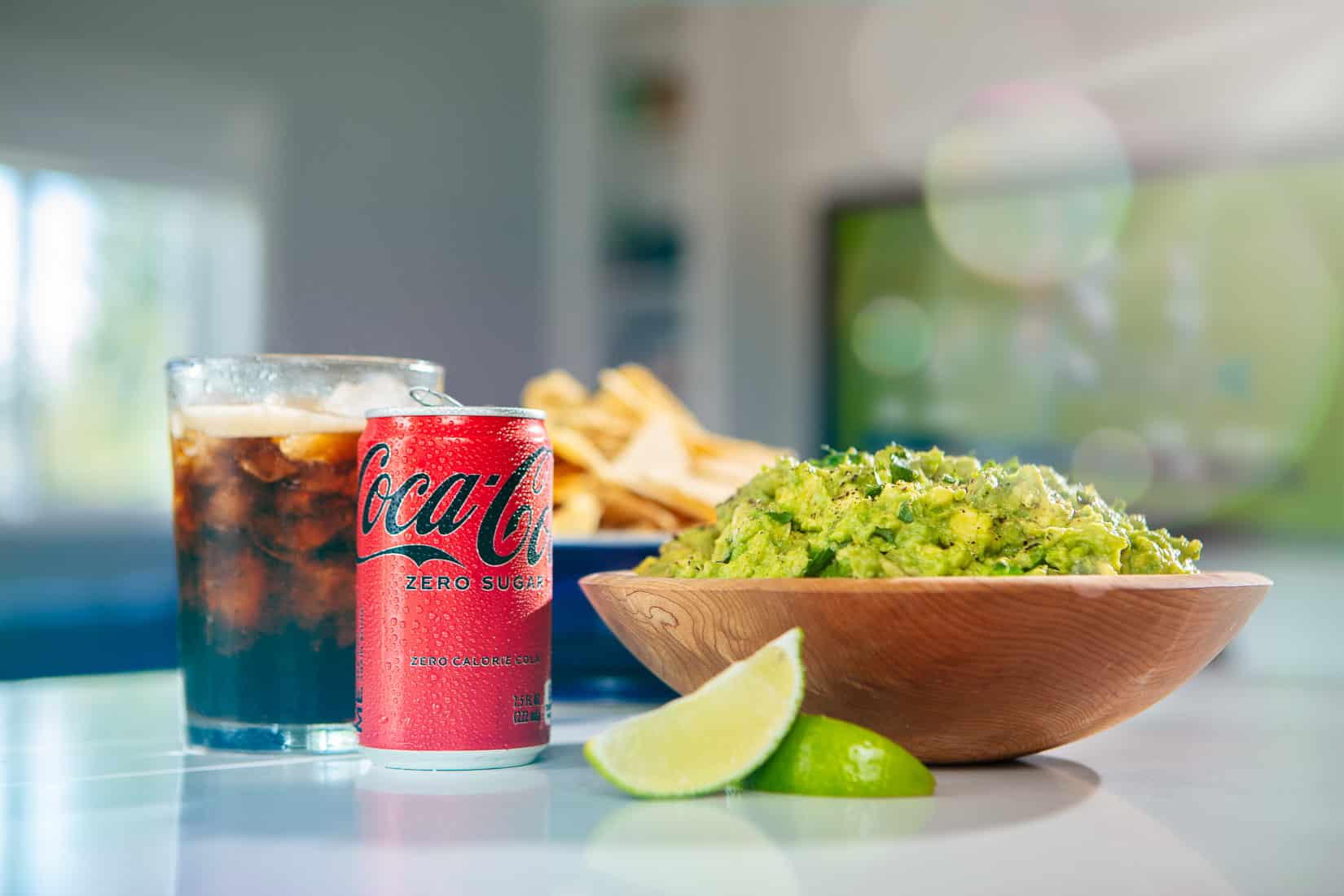 Coke launched a new promotion for this year’s NFL season. Scan a code on a can of Coke and you’ll be sent to a website with a series of photos and animated gifs showing your local NFL team’s mascot making guacamole … while drinking a Coke, of course.

Coca-Cola hired me for the Denver Broncos and Seattle Seahawks shoots. At first, I seemed to be an odd choice for this shoot. I don’t specialize in product photography or, well, mascot photography. But the client liked my style of work and wanted to see how it would play out with this concept. And I’m always up for a new challenge!

The client rented a house with a decked out kitchen for the shoot. I had the benefit and pleasure of working with talented food stylists on both shoots who did a great job making the food and beverages look good. Meanwhile, I played with lighting and composition to really bring out the sexiness of the can and poured Coke.

Once we had everything set, we brought in Blitz and set him to work. I shot images for both animated gifs and stand alones. For the last image and gif sequence, the director wanted a shot from a doorbell perspective showing Blitz approaching the house as if being invited for a party.

In post, I added in flares and color tones that reflected the Seattle Seahawk colors.

Check out some of the images and gifs below! 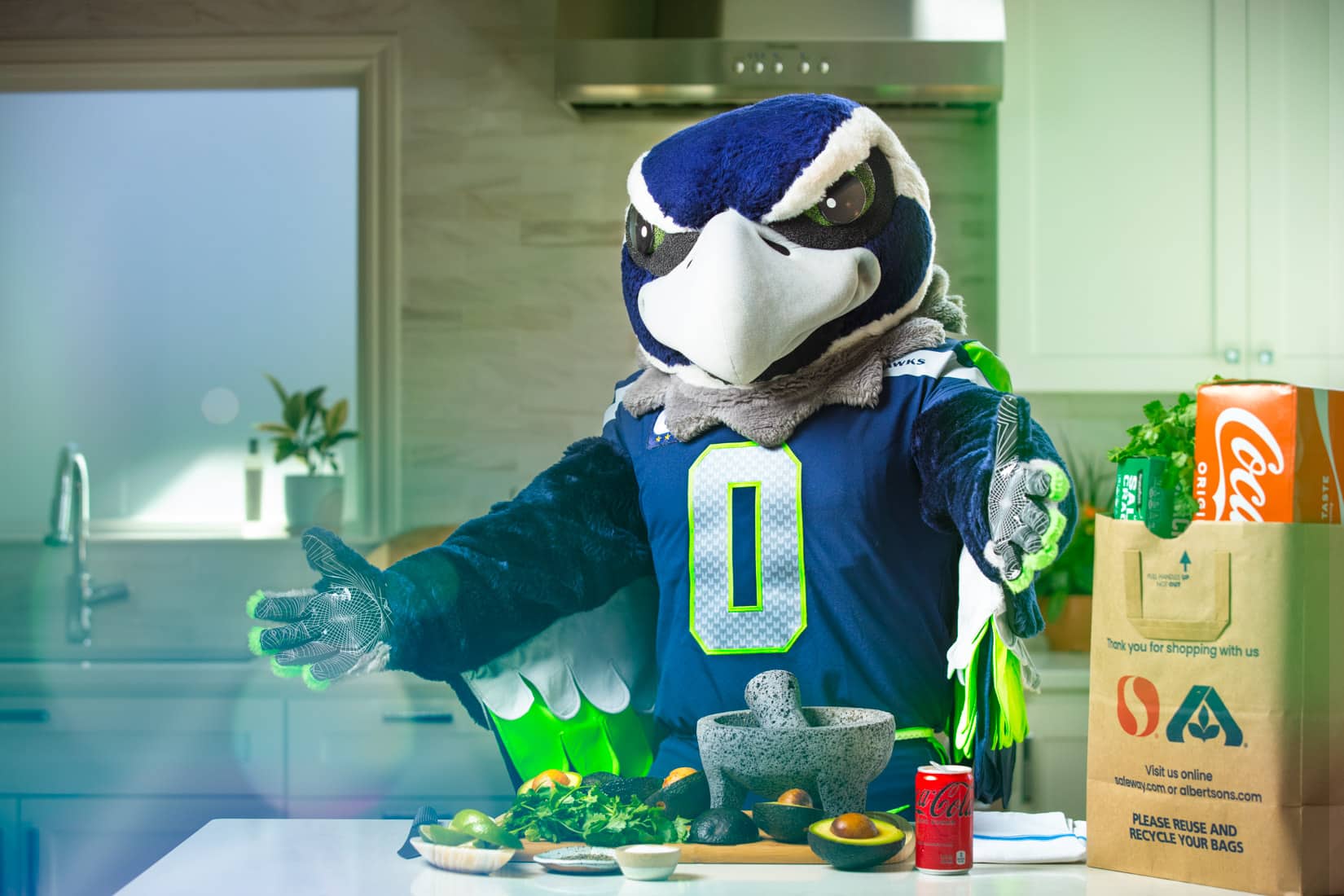 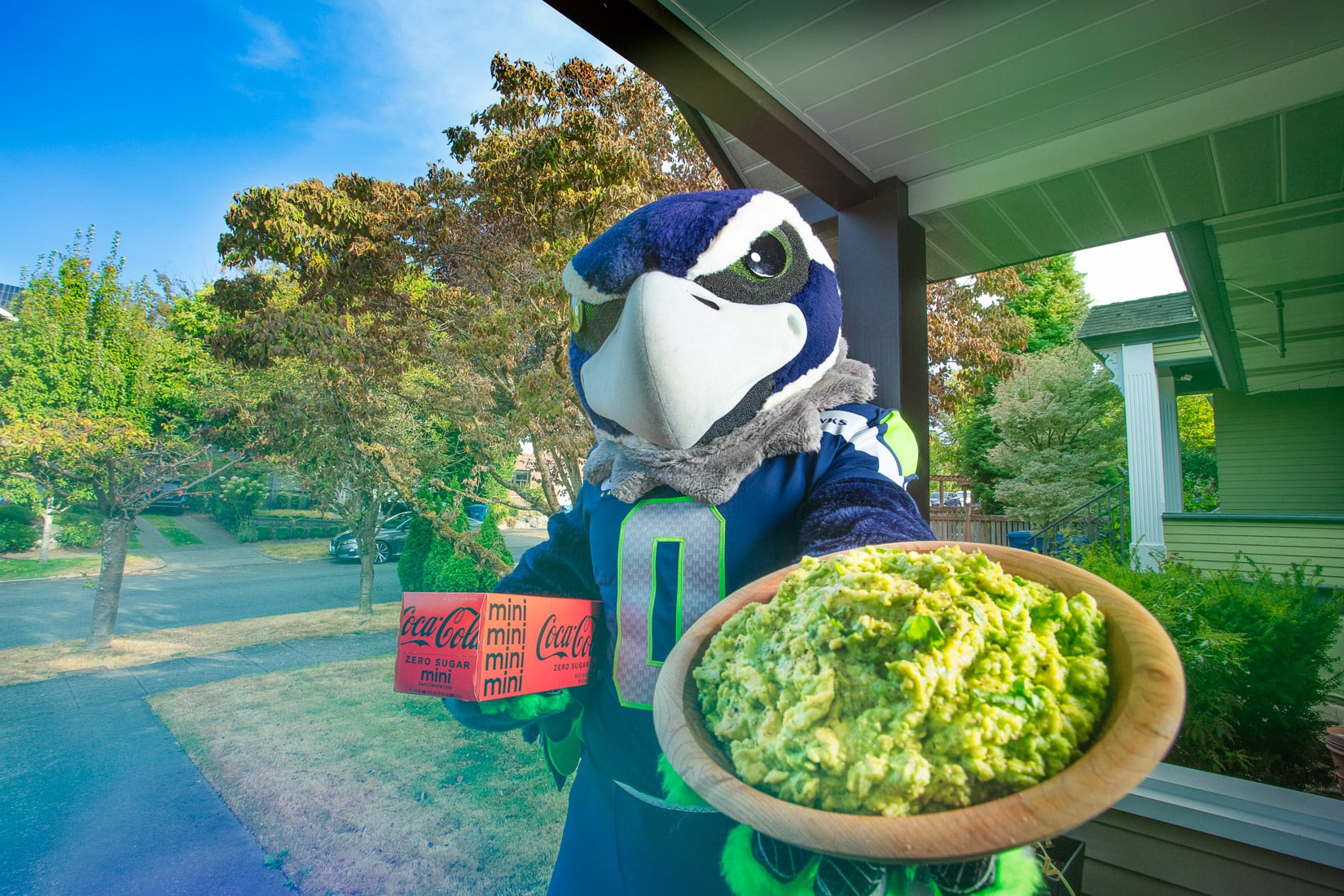 Is THIS the Most Interesting Man Alive?

Jim Fresquez grew up in an East LA gang, worked in the animation department of…

Virtual Fundraiser for Meals on Wheels

Makin’ Guac (While Drinking a Coke) With Miles

Coke launched a new promotion for this year's NFL season. Scan a code on a…