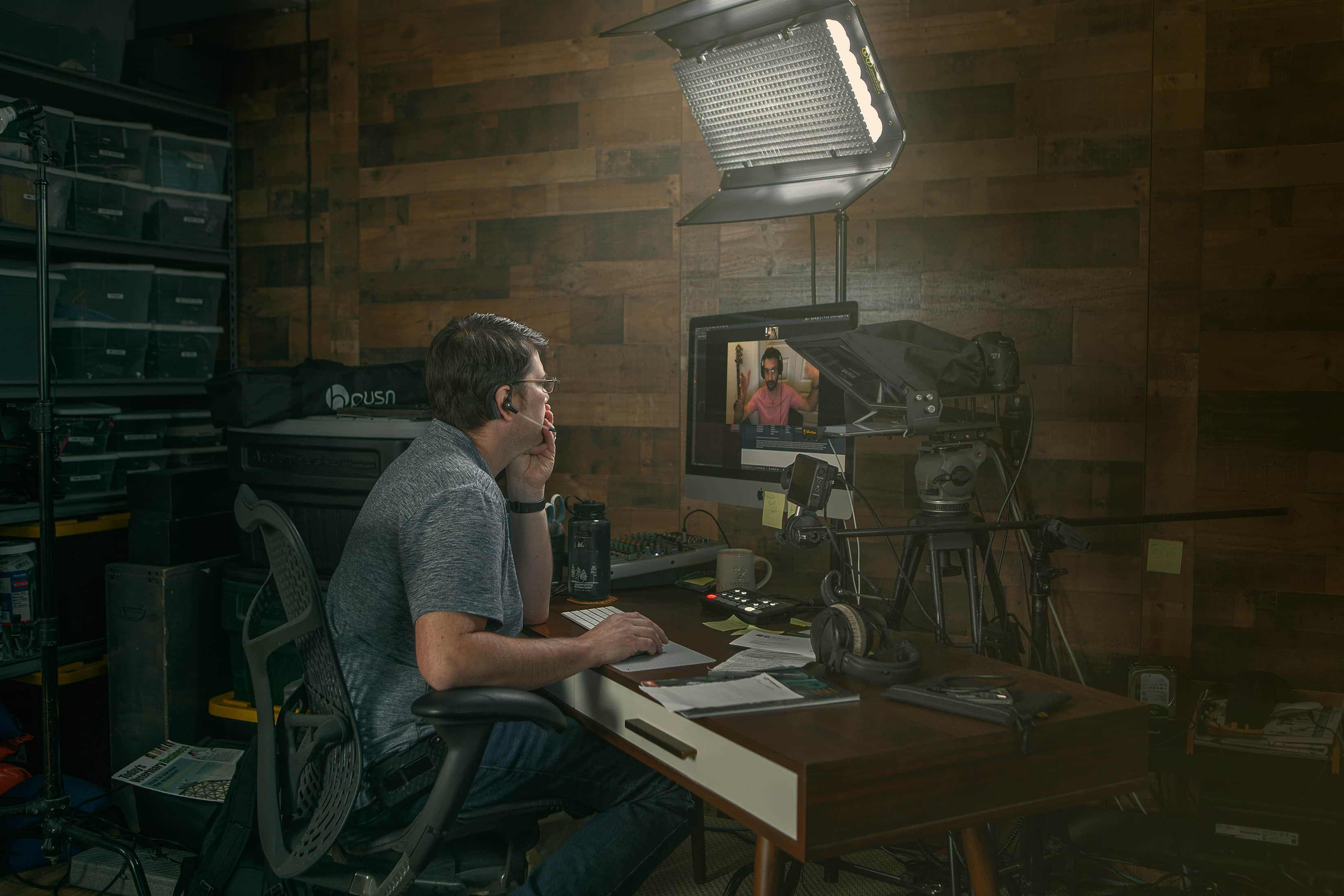 Sometimes a scene for a fantastic image just jumps out at you.

Such was the case with Craig, who owns a company that makes videos for vets. I was working in an adjacent office for portrait photograph when I wandered in Craig’s office to say hi. What I found was Craig in the middle of a video call via a Zoom setup on steroids.

He had obviously taken full advantage of his video production tools, including a KinoFlo light, which illuminates his face when on Zoom calls. Typically production lights like this are framed out of shots, but here it was part of the story and — bonus! — meant the scene was already lit. It was just begging me to bring in my camera. So I did.

Not only did I not touch the light, but nothing else either. I can’t think of a time when I didn’t adjust something in the scene. But here, all the papers, trinkets, and gadgets surrounding Craig helped deepen the story about who he is, what he does, and how he works. It was perfect as is.

Pike Place Market – A Search for the Truth of Aloneness